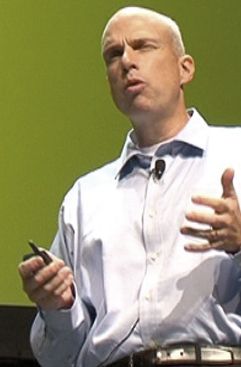 One thing should be made crystal clear in regards to PTC  few companies in the PLM-arena have the same level of courage when it comes to making the really dramatic and bold moves to create a world class product portfolio. This has certainly been a common theme running through the companys entire history  from Sam Geisbergs genius creation  parametric modeling, through Dick Harrisons bold move of rewriting the kernel technology and releasing Windchill, to new CEO Jim Heppelmanns dumping of the ProEngineer brand and releasing the Creo CAD revolution. The initiatives tend to be dramatic, but so far it has been a successful strategy  because once the dust settles, the remaining product usually turns out to be grand and market leading. How the new version of Windchill will fare remains to be seen. Notable, however, is that in terms of monetary investment, it certainly stands out: For the last two years the R&D team, under the leadership of vice president Brian Shepherd, has been working hard and the price tag for the project ending up at a cool 100 million dollars.

Escalating complexity. So, did it pay off this time as well? PTC thinks so.
- 10.0 will be the biggest Windchill version ever, says Brian Shepherd. Why? We have to keep up with our customers. They are constantly telling us about the escalating complexity of product development driven by manufacturers focus on increased product differentiation, an explosion in the volume of regulatory constraints, continual quality pressures, the realization of service operations as a significant profit center, and heightened sensitivity to the environmental impact of product operations.
Product analysis. What customers demand of modern PLM systems is, simply put, a lot, but according to Shepherd, PTC has managed to address the issues. The new Windchill is certainly no slouch in the features department. With new functionality focused on for instance product analysis and quality control, the solution offers powerful tools for more efficient definition, management and validation of BOMs (Bill Of Materials), as well as connecting the domain specific overviews of the product structures throughout the entire lifecycle. Shepherd also points out that they have enhanced the user experience and improved the system administration.
Role Based Interface. The user experience seems to have been a focus point for the developers. And like many other vendors PTC is now releasing a role, or person based, user interface.  The purchaser, designer or product technician have different information needs, meaning that they will have different GUIs, but will still connect to the same database, which basically filters the information based on which group the user belongs to. A wise decision, considering the potential complexity of modern 3D models which after the addition of intelligence can end up with a veritable mountain of information.  To be able to filter these models and have the application automatically display the specific views for the different roles is an important aspect of the new Windchill thinking. There are also tools for easy comparison, navigation and searching. Brian Shepherd again:
- With its breadth of capabilities, Windchill 10.0 delivers more out-of-the-box capabilities than ever while its intuitive user experience and upgradeability will enable accelerated adoption. Pretty much every product in the Windchill suite is covered by the 10.0 version, including programs like Arbortext and the sustainability solution Insight, which has been rebranded, and now goes by the name Product Analytics.